Don't let the cold weather freeze your plans for a winter getaway! The Hershey Harrisburg Region is an all-weather, family destination offering tons of winter activities that hold up all season long. From whizzing go-karts and science experiments to museums and animal exhibits, kids love to learn and play here! And let’s face it, you’re looking for a reason to get them out of the house!

There's no sweeter afternoon than a visit to Hershey's Chocolate World. This candy-coated paradise makes everyone smile the moment they walk in the doors because it actually smells like chocolate! Unwrap sweet adventures like the free Chocolate Tour ride, Create Your Own Candy Bar activity, and a 4D Chocolate Movie. The whole family can enjoy the new and immersive Hershey's Unwrapped Chocolate Tasting Journey where you'll see, touch, hear, smell and taste chocolate! Of course, there's a ton of chocolate, candy, clothing, and collectibles for sale in Hershey's Largest Candy Store, including hard to find candy varieties and seasonal specialties. At the bakery, you can get colossal chocolate cupcakes, giant Hershey's cookies, and other delicious desserts.

Did you know the animals of ZooAmerica® North American Wildlife Park are most active when its cool outside? Winter is a perfect time to explore this walk-through zoo, home to more than 200 mammals, birds, reptiles, and more! Indoors, you’ll find alligators, snakes, and lizards lazing around in climate-controlled habitats that mimic warmer parts of North America. In their open-air enclosures, owls, deer, wolves, big cats, and bears naturally adapt to tolerate the cooler temperatures. You might even find them playing in the snow!

The State Museum of Pennsylvania

How much do you know about Pennsylvania? With just one trip to the State Museum in Harrisburg, you can double or even triple your expertise when you explore three floors of history, geology, archeology, paleontology, and more! Get to know the Commonwealth’s native plants and animals, or dive into a 350-piece collection that highlights the ways Pennsylvania’s people, places, and products uniquely influenced the nation we are today. You don’t have to wonder what Pennsylvania might have looked like 100 years ago because you can stroll around a life-sized streetscape town. Uncover the secrets left behind by our region’s Native Americans through their artifacts, pottery, jewelry, and tools, excavated and meticulously preserved. From mastodons and military history to the Turnpike and tectonic plates, there’s no limit to what you can learn. If you’re worried about entertaining your rambunctious toddler, the Curiosity Connection offers 45-minute play sessions filled with imagination and creative play!

When it's open: Wednesday through Sunday, year round

Whitaker Center for Science & the Arts

We’re not exaggerating when we say Whitaker Center for Science and the Arts has it all! Children and parents alike can put on their thinking caps and try dozens of hands-on exhibits dedicated to scientific discoveries. You can experiment with physics, celebrate the ingenuity of transportation and manufacturing, learn about global weather, reveal the technology behind movies, television, music, and theatre, and get to know the human body to better understand your health. Even the littlest members of the family can get their share of learning experiences at KidsPlace, a child-sized city that offers toddler-centric activities like theatre, a grocery store, building blocks, and a water table. In addition to its brilliant science center, Whitaker Center is home to Central PA’s biggest digital screen! At 38 feet high and 70 feet wide, you’re in for a truly immersive 3D movie experience. Their showings include incredible, larger-than-life journeys into space, underwater, through the skies, and back again.

When it's open: Tuesday through Sunday, year round

The Hershey Story: The Museum on Chocolate Avenue

You’ve tasted his chocolate, but there’s more to unwrap about Milton S. Hershey! The Hershey Story, Museum on Chocolate Avenue offers interactive family activities and comprehensive museum exhibits that tell the tale of Mr. Hershey who went from bankruptcy to brilliance and converted chocolate from a decadent indulgence to an everyday delight. You can marvel at the machinery used in his original chocolate factory or become an apprentice chocolatier by solving puzzles and answering questions throughout the museum.

Mr. Hershey loved to experiment with new flavors, and you can, too, when you create your own chocolate in the Chocolate Lab. Start with cocoa beans, mix the ingredients, learn (some of) the secrets behind the famous Hershey’s Milk Chocolate Bar. Find some sweet inspiration with a sample flight of warm drinking chocolates from Africa, Indonesia, and all around the globe.

Surround your family in the wonders of nature during a visit to Wildwood Park’s Benjamin Olewine III Nature Center. It’s free to try their interactive exhibits on the ecology of the Wildwood Park, spot wildlife amongst the snow from their observation area, and climb through a tree to see nature from the inside, out. The Nature Center also has a collection of plant, animal, and science books for all ages to read and enjoy. If it’s not too cold outside, take a brisk nature walk on their paved paths and boardwalks where you might see bird and animals in their natural habitats.

What is it about winter that makes you want to retreat underground? You can do just that at Echo Dell – Indian Echo Caverns and venture beneath the surface into the caves which maintain a consistent 52°F all year round. This natural wonder is a million years in the making, showcasing its impressive rock formations, winding pathways that lead to cavernous rooms, and fascinating ecological history. One of the Caverns’ most popular features is the peaceful underground lake. While you’re taking shelter from the cold, think about the Native Americans of this region who used the same space for the same reason!

When is it open: Daily, year round

Gamut Theatre Group’s Popcorn Hat Players put on shows for children that are funny, engaging, and interactive. Their acting troupe specializes in performing classic fairy tales, with a twist! Think Hansel & Gretel in the 1950s or The Ugly Duckling as an 80s movie! Kids ages 2-12 and their families will enjoy the lighthearted stories, quick-witted actors, and sing-a-longs.

In Hershey, the ice is nice! Bring the kids to a family-friendly, action-packed Hershey Bears® AHL hockey game at Giant CenterSM . This is one of the best places in Hershey to live like a local. 10,000 fans pack the arena each game and fill it with palpable energy as they cheer on the team to #DefendTheDen. Many games include a special fan giveaway or complimentary treat, and their mascot Coco The BearSM always makes an appearance. Before or after the game, have a meal at The Bears’ DenSM , where the floor looks like a rink, the round tables look like pucks, and decades of memorabilia and jerseys line the walls!

When they're playing: Season runs October to April.

When the weather outside is frightful, our family entertainment is so delightful! 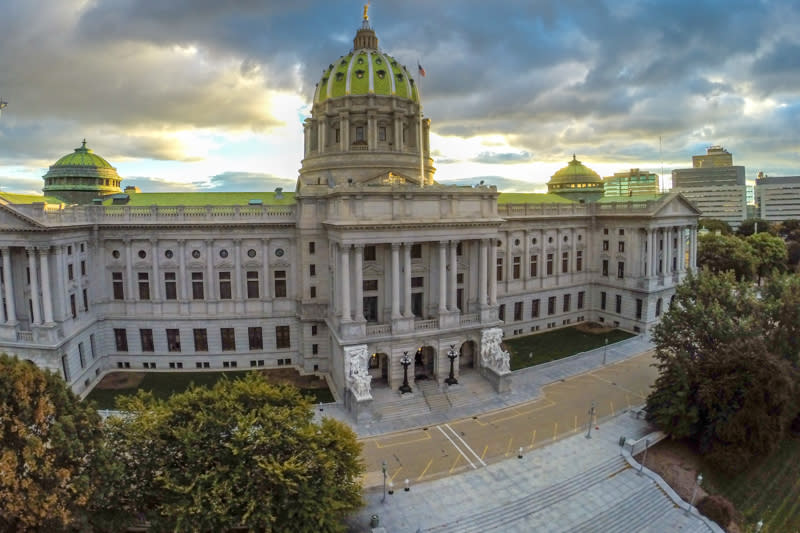 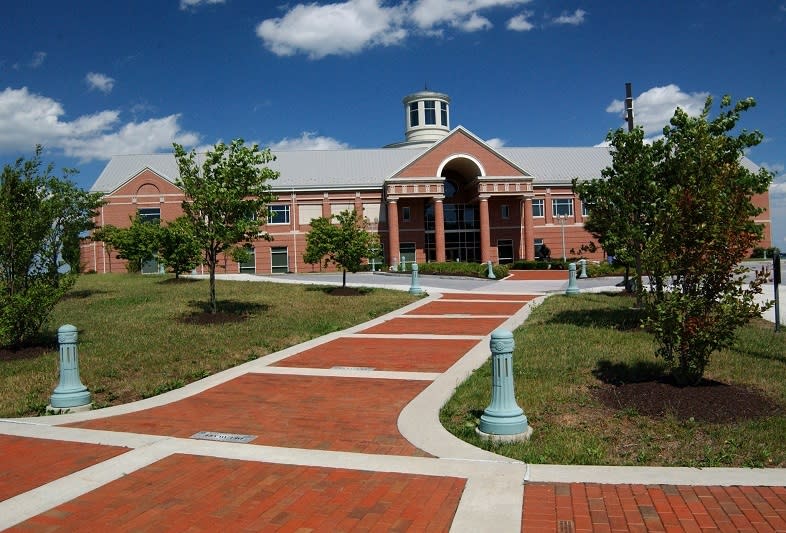 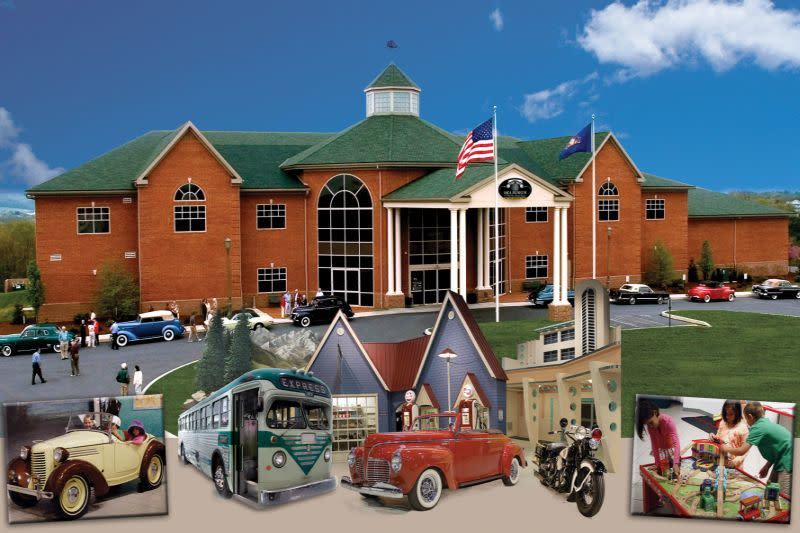 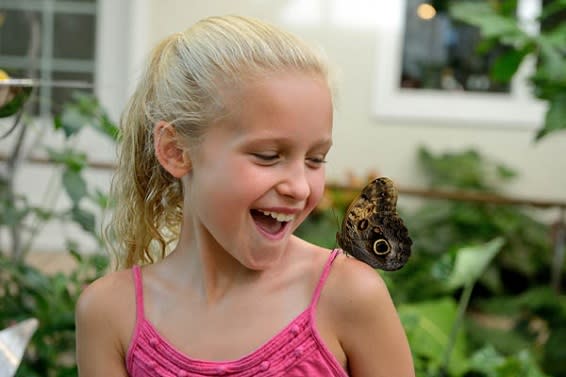 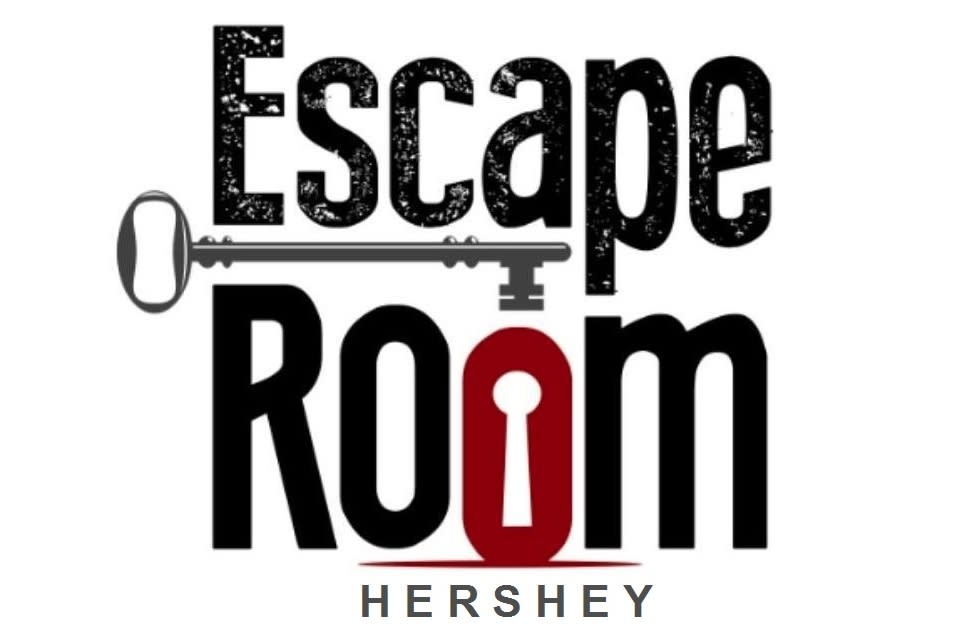 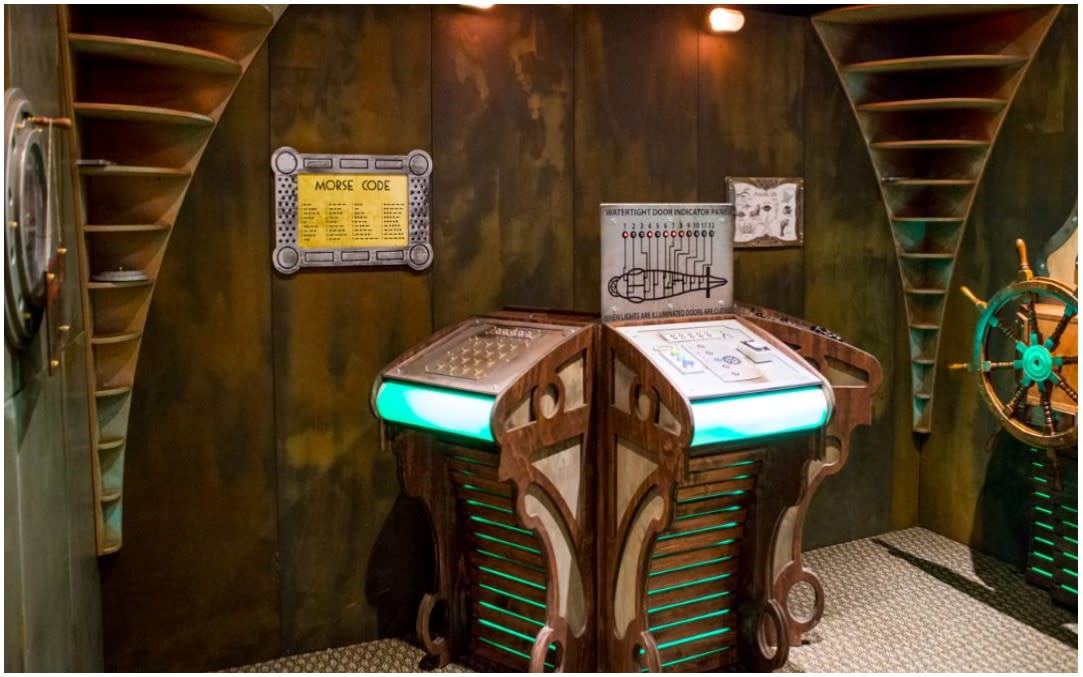