STORY IDEAS: No Kids? No Chocolate? No Problem! What’s a Grown-Up to do in Hershey?

Ways to have fun in Hershey without the kids!

It’s a town famous for children and chocolate.

So, I asked myself, “What would a grown-up do for an entire weekend in Hershey?” Then I set to find out.

The answer, as it turned out, was “a lot.” Over the course of two days, I packed in a brewery tour, a wine tasting and a massage. I visited an antique car museum and outlet stores.

The weekend did not lack for kiddies and candy. Both were everywhere. But there’s much more to a visit to the town that Milton Hershey built than accompanying screaming teens on rollercoasters or drooling over candy bars at Chocolate World. 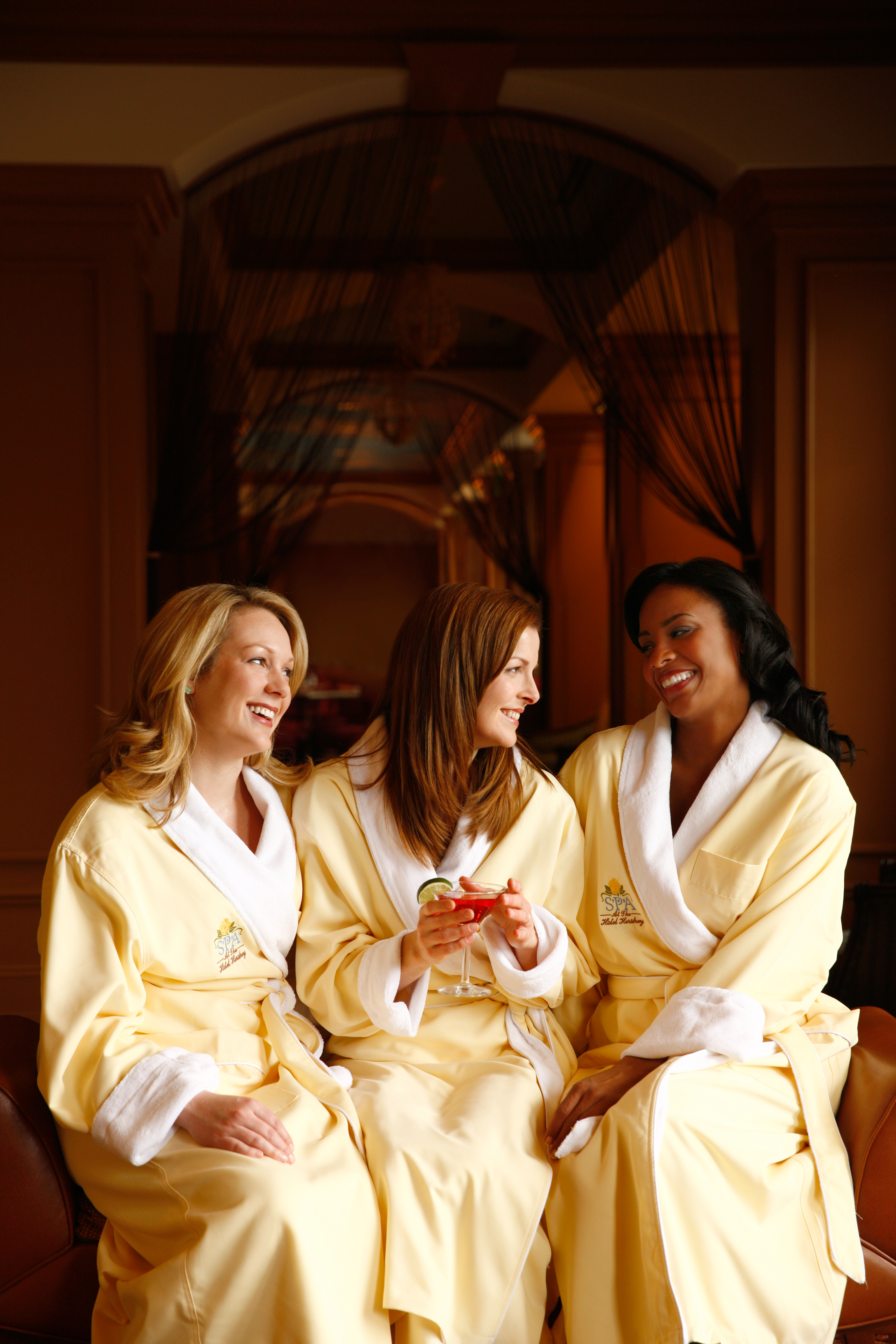 I began my adult-only weekend on a relaxing note—a massage at The Hotel Hershey. These spa services do not come cheap, but they include access to a fitness center, a quiet room and an aromatherapy room. In fact, when I checked in, I was told, “Feel free to enjoy the spa for as long as you like. We’re open until 8 p.m. tonight.”

I turned my hour-long massage into a three-hour indulgence, starting with a leisurely backstroke in the hotel pool under skylights I used to mark my distance to the wall. I de-stressed further with 15 minutes in the whirlpool. Only then did I make my way to my appointment, already relaxed instead of my usual—rushing from my car and arriving in a nick of time.

When the treatment was over, I floated in a Zen, post-massage state to the quiet room overlooking the hotel’s back gardens, joining others wearing butter-yellow robes just like mine.

I served myself peppermint tea and a chocolate chip muffin before sinking my tranquil self into a chair and picking up my Kindle to read a book. Nothing disrupted the peace. Not the people whispering to each other, not the sound of trail mix dropping into little plastic cups—and certainly not the chirping birds outside.

My next move was a rookie mistake. Realizing I had about an hour before meeting friends at the CrossWinds Winery, I decided to squeeze in a quick visit to the Tanger Outlets off Hershey Park Drive.

That revved me right back up as I scrambled to try on clothes and then, realizing I was running late, bolted out. Luckily, a tasting of five wines for $5 had a calming effect. As I slowed down again, sipping Rieslings, a Chambourcin and more, owner Linda Jansen happened in, chatting with the winery’s staff and visitors.

Jansen and her husband Ed have been winery owners for about a year, she said, and the experience has “been awesome.” The couple actually began growing grapes for others more than two decades ago but never expected to open a winery.

“Things just kind of fell into place,” she said.

It was a delight sampling the fruits of their labor, while listening to Jansen tell the story of how they happened on a house just outside Hershey that became their tasting room, allowing them to go from grape vendors to wine-sellers.

Our mellow winery visit served as a cocktail hour before dinner at The Mill, a four-level establishment in a red-brick building dating to 1880 that used to be a grain warehouse.

If I didn’t notice the building’s convenient location next to railroad tracks when we parked, I was reminded soon enough when a train sped by out back while we were dining.

First, I saw it out the window. Then I noticed the overhead lamps flicker momentarily. It was an intriguing reminder of the importance of a century-old mill having a good location to receive and send goods.

I was just as happy to have the 21st-century conveniences of a car and dinner made to order, and I soon turned back to relishing my English fish pie and, after that, the gooey ice-cream-on-waffle concoction that the three of us shared.

My friends and I met up in the morning at the Antique Automobile Club of America Museum for a two-hour stroll through car, bus and motorcycle history. The museum houses vehicles both familiar and exotic—from the bus seen in the 1994 movie “Forrest Gump” to an enormous 1968 Chevy Bel Air Stageway station wagon to a crashed-up Volkswagen Beetle sporting a big “53” on the front that had starred in the “The Love Bug” in 1968 and the 1974 sequel “Herbie Rides Again.”

Part of the museum’s permanent collection is the Cammack Tucker Gallery, home to cars and parts from the Tucker, a car many people learned about from a 1988 movie called, “Tucker: The Man and His Dream.”

A 5-year-old boy with a special connection to the brand was visiting, accompanied by his mother and uncle.

“The little boy right here is named for the Tucker car,” said Tasha Mangin, his mother. “His dad’s obsessed with it and his grandfather was, too. So we came to see it.”

She pointed out the special feature of the Tucker—its three headlights.

From the museum, we took a short drive to Tröeg’s Independent Brewing. I’d made reservations for a 2:30 p.m. brewery tour a couple of weeks earlier. With room for only 10 people per group, the tours fill quickly.

The tasting room has a beer-hall feel and sports several long, shared tables in its large space. We managed to find a place to sit during the busy Sunday lunch hour by hovering near a family with young children who were finishing up at a table for four. The mother did her best to clean up spilled Cheerios, straw papers and other debris before departing apologetically. Cheerful brewery staff came along quickly with a broom and cloths and finished off the rest.

Children at a brewery? Yep, plenty of them. Tröeg’s welcomes children, even provides a kid’s menu. Being adults, we chose from a list of very grown-up entrees like mushroom and parsnip tart and cast iron chicken and pheasant pie.

Tröeg’s doesn’t provide table service. So, we elbowed up to the bar and then walked over to the “Snack Bar” to order, carrying our food and drinks back to our newly clean table.

My friends each ordered a beer, while I ordered a three-beer sampler—a French-style saison, an amber ale and a bock. That let us try five different beers among the three of us. We finished our lunch just in time for the 45-minute guided tour that included another four tastings—“three nice and packaged and one of them right out of the tank,” our guide Mike said.

The tour was packed with information about making beer, and we peeked into the machinery, passed around jars of hops so we could smell different types and learned fun facts such as that 30 percent of Tröeg’s beer is kegged.

Every week, Tröeg’s also produces at least one “scratch beer series” beer for customers to taste and has now produced more than 240 of them. The company uses these small batches as a way to try out new ingredients and brewing techniques. Although the scratch beers I tried had names, they also were numbered—220, 222 and 227. In the gift store on the premises, I had fun creating a six-pack of scratch beer varieties to take with me.

Later on, driving home, I reflected on my adventure and realized that it may be impossible in a kiddie-ruled town like Hershey to have a true grown-up weekend. I couldn’t even escape the little guys in a brewery! But that’s OK. It was enough to learn that Hershey has plenty to do for the over-21 set, even if you first have to push aside a few old Cheerios to put down your beer.

In recent years, more places have popped up in and around Hershey that appeal to adults.    Here are a few places where you can start your own grown-up journey.

The Spa at The Hotel Hershey

The Mill in Hershey